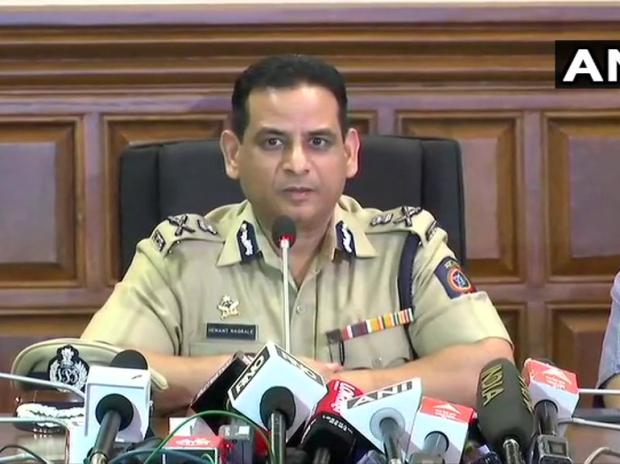 
Senior IPS officer Hemant Nagrale, who was on Wednesday appointed as the new police commissioner of Mumbai, had played an important role during the 26/11 attacks as he had recovered a bag containing RDX in south Mumbai, which he had shifted to a safer place.


Nagrale was on deputation as director of vigilance at the Maharashtra State Electricity Distribution Company Ltd (MSEDCL) at that time and used to reside at the police quarters in Colaba area, which was targeted by the terrorists.

“During the terror attacks, Nagrale stepped out of his residence on his own in order to help. When he reached the area of Hotel Taj, which had been attacked by the terrorists, he found a bag containing RDX lying nearby. He immediately took it to a safer place and thereby saved several lives,” a police official said.


Along with four other policemen, Nagrale then entered the Hotel Taj, where they also helped in rescuing a number of injured persons and shifting them to hospitals. They also took several bodies out.


Nagrale, an avid golfer and a tennis player, is a recipient of the President’s Police Medal, Vishesh Seva Padak and Antarik Suraksha Padak.


During his tenure as Special IGP (Administration) in the DG office, he revamped the Mumbai Police Kutumb Arogya Yojna (MPKAY), a polic health scheme, and reduced the expenditure by Rs 10 crore in 2011-12, sources said.


He coordinated with the Union Ministry of Home Affairs (MHA) and initiated and executed the Central Police Canteen Scheme on par with CSD Canteens and set up 40 such canteens across Maharashtra, they said.


During his tenure as Joint Commissioner of Police (Administration), Mumbai, he drafted the residential quarters allotment policy to ensuring transparency in the allotment in the process, a move that was appreciated by the constabulary.


For a brief period in 2014, Nagrale had held the additional charge as Mumbai police commissioner.


From May 2016 to July 2018, he was posted as Navi Mumbai police commissioner. In October 2018, he was elevated to the DG-rank and was entrusted the responsibility of looking after the forensic science laboratories in the state.


Nagrale was given the additional charge of DGP Maharashtra, after the then DGP Subodh Kumar Jaiswal went on central deputation in January this year.


Nagrale is known to play most of the sports with proficiency and is also a black belt-holder in judo and has won medals in All India Police Games.


Earlier in the day, the Maharashtra government transferred Mumbai police commissioner Param Bir Singh from the post and appointed Nagrale in his place.


The move comes in the wake of the arrest of Mumbai police officer Sachin Waze, who is at the focus of a probe by the National Investigation Agency in a case related to the recovery of an SUV with explosives near Ambani’s house in Mumbai last month.